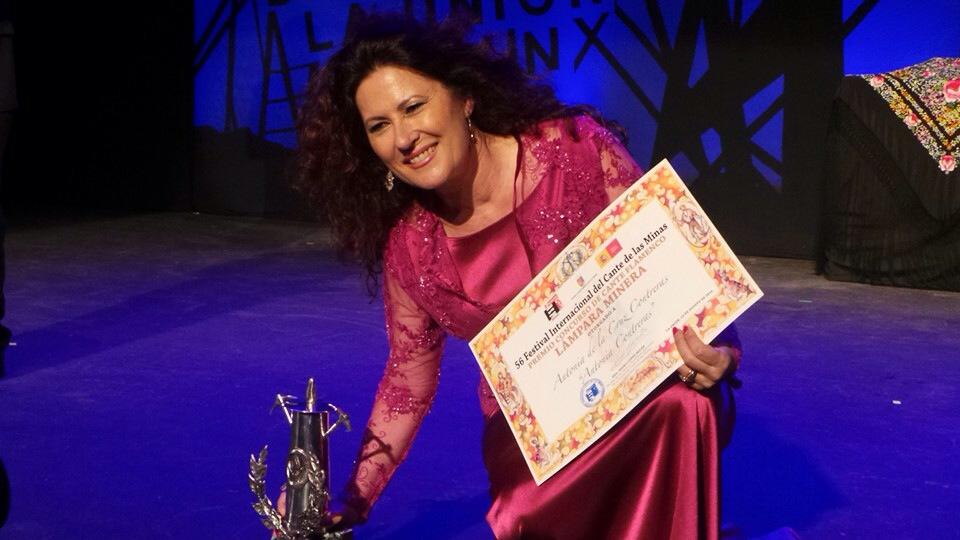 Malaga singer Antonia Contreras has won tonight with the lamp Minerade the 56th International Festival of Cante de las Minas. The top prize contest world’s most important flamenco is worth 15,000 euros. The jury awarded the highest score for this candidate, Antonia de la Cruz Contreras, for his full recital, where he executed masterfully mining, besides the remaining sticks needed to win the prize. The jury has recognized the performance of the night also giving awards malagueñas, granaínas and mining.

Since 2003 he has won numerous awards at festivals in Andalusia, in addition to honoring Niña de la Puebla in the show “In light of your singing.” Nothing else off the stage, the winner dedicated the award to his children and grandchildren and has ensured that has been presented in tribute to his parents who had always encouraged him to run for a competition of this level.

Antonia confesses that it was his parents who encouraged her to present the International Festival of Cante de las Minas, “experience itself that I have any being on stage, but the practice contests is true that had already lost, but also saw I could win the lamp, I dedicate the award to my parents who gave me life, my children and my grandchildren who are prolonging her and the person with whom now I share my life because it helped me to light up “.

Mining 2016 lamp has said he has felt a magic and a special connection with the audience of the Union and on the night of Friday’s semifinal and knows the importance of this award, so would love to get to record an album .